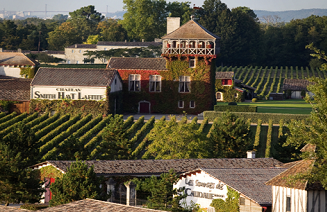 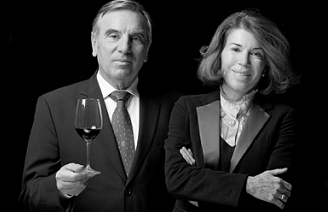 This great growth owes its reputation as “the quintessential Graves” to its superb Günz gravel terroir in a single block. The estate’s history dates back to the Crusades. The Scottish navigator Georges Smith acquired the château in the 18th century and Monsieur Duffour-Dubergier, a Mayor of Bordeaux from a famous family of négociants, was a subsequent owner.

Since its purchase by Florence and Daniel Cathiard in 1990, Smith Haut Lafitte has become one of the leading lights of Bordeaux thanks to its elegant, powerful red and white wines. In twenty years, the owners have not only brought the wine of Smith Haut Lafitte up to the very highest level, but also restored the château’s 16th century tower, completely renovated two underground cellars, built their own cooperage, and introduced such organic methods as horse-drawn ploughing, home-made compost, the use of plant extracts, etc. The château is located next to the Sources de Caudalie and its famous spa, open seven days a week all year round.