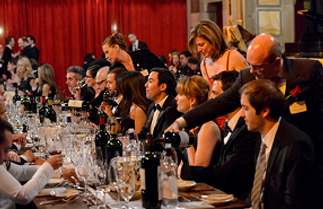 Perched on an exceptional site with incomparable views over the Gironde estuary, centered on a hundred-year-old park, Ducru-Beaucaillou is a majestic, Victorian-style château, which has, over time, become one of the great symbols of the Médoc. Unusual for Bordeaux, it is built directly above the barrel cellars, enveloping its residing owners for over sixty years, in the sumptuous aromas of their wine.

Since his arrival in 2003, Bruno Borie has focused on excellence, having transformed an already successful and respected château into one of the leading vineyards from the 1855 classification. As a result, Ducru-Beaucaillou 2009 obtained the supreme score from Robert Parker, as well as highly respected René Gabriel (Switzerland) and Bernard Burtschy (France). Ducru-Beaucaillou 2010 was crowned in 2013 with 100/100 by James Suckling (Hong Kong Tatler Magazine) and 20/20 by the “Revue du Vin de France”. In November 2013 Ducru-Beaucaillou 2009 was voted “Best Cab in the World” during a triple blind-tasting in Montreal, London and Melbourne, which included 30 of the world’s best cabernets.