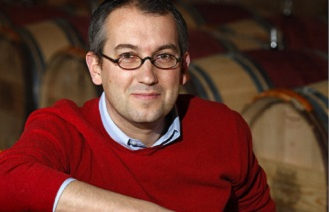 Château Palmer whose pedigree architecture is a hallmark of its superb produce is an undisputed star of the prestigious Margaux Appellation. Its long history starts as early as the 17th century. History reports that in the 18th Century, its wines (under the name of Chateau de Gascq) were held in very high esteem at the Court of Versailles, then later by Louis XV. But it is only in 1814 that the estate took the name of Château Palmer, when Charles Palmer, an english Major General in the army of the Duke of Wellington, acquired it and gave it his name.

The Pereire brothers, big entrepreneurs and bankers under the Napoleon III era, acquired it in 1853. In three quarters of a century, they raise Château Palmer to the rank of one of the most prestigious Margaux wines. Only the great economic crisis of the 1930s eventually forced them to let go of the estate. Acquired in 1937 by a consortium of 4 families involved in the Bordeaux wines trade, the Chateau is still owned by the descendants of 2 of these families.

Located in the Margaux appellation of the Medoc, Bordeaux area, Château Palmer is a classified growth of the 1855 classification. Its vineyard lies upon the famous gravel rises of the greatest of Medoc wines, this first terrace of gravels formed by and along the Gironde estuary.
On this exceptional terroir, Chateau Palmer has constantly produced wines of unique character, clearly identified and recognized by the fine wines lovers all over the world.

Château Palmer’s wines combine power and complexity with delicacy, extreme elegance and a magnificent velvet texture; Soils, plus Cabernet Sauvignon and Merlot in equal proportion and an additional 6% of Petit Verdot give its wines this unique expression of the Margaux appellation.
Approachable when young, its wines age remarkably well, developing even more complexity and aromatic richness, remaining still delicate and silky. With a vineyard of 55 ha, the production of Palmer is limited in volume. A maximum of 10.000 cases of Château Palmer, and 8.000 cases of Alter Ego, the other wine of Château Palmer, are produced in every vintage.