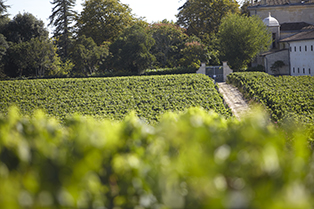 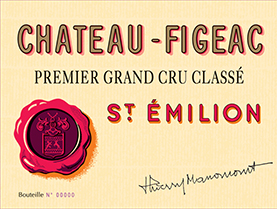 A Saint-Émilion Premier Grand Cru Classé, Château Figeac has belonged to the Manoncourt family for 125 years (1892-2017).
This estate, one of the most prestigious in Bordeaux, includes a 18th century château, 14 hectares of grounds and 40 hectares of vines in a single block. Figeac as we know it today was shaped by several pioneers, such as Thierry Manoncourt, who succeed in creating the wine’s unique style.
The château’s reputation is due to its fabulous terroir, consisting of three gravelly outcrops that account for the highest proportion of Cabernet on the Right Bank. Each vintage is made with the greatest of care in the vineyard and the cellar.
Château Figeac produces great, easily-recognizable, elegant wines of remarkably reliable quality. They also age outstandingly well.